In part one we saw that building a physical barrier on America’s southern border is a wise and moral action to confront the invasion of illegal aliens into the country. However, though it is wise and moral, building a border wall, even a wall that completely halted illegal entry, would not be enough.

There are two additional measures that must be taken to halt the illegal immigration threat. Moreover, they must be taken quickly lest the nation is overwhelmed.

The primary task is changing the asylum law in the United States. This must happen because no wall will stop this avenue of invasion.

Current law is a different version of the ‘catch and release’ method made famous in the Obama presidency.  The policy was originally created because of a court settlement during former President Bill Clinton’s administration.

At the time, it began with a Federal court ruling requiring Law Enforcement to briefly detain, and then release unaccompanied minors who show up at the border. They could be released to parents, other relatives, or into a licensed care giver’s hands.

If that was impossible,

As a last resort, U.S. officials may place children in the “least restrictive” setting available.

The policy was also used liberally by the George W. Bush administration during the early 2000s until they halted the practice in 2008. President Obama reinstated and expanded the ‘catch and release’ policy in 2016, and under that reinstatement, anyone who could convince the Border Patrol they qualified for asylum would be released into the United States.

President Trump attempted to halt this with an executive order and, predictably, a Federal court in San Francisco blocked it. However, the President had something up his sleeve for just such an eventuality.

the Trump Administration has quietly negotiated an agreement with Mexico that effectively circumvents US courts to implement one of Trump’s biggest immigration-policy wins so far: A plan that will keep Central American applicants for asylum in the US on the Mexican side of the border while their claims are processed.

The agreement is not yet in force, however, it is only a temporary solution. Moreover, it doesn’t address applicants from countries outside of Central America that are showing up at the border in increasing numbers.

Basically, this is how it works today. When a family group, usually a woman with children, shows up at the border, they must do two things. First, they must surrender to the Border Patrol.

Second, they must claim or apply for asylum. To qualify for asylum they must show a “credible fear,” of severe danger from their home countries.

Those who claim domestic violence or extreme poverty do not qualify for asylum. There is no such animal as ‘economic’ asylum.

Once this is accomplished, the family is released with an order to appear in court and have their asylum claim adjudicated. As you might have guessed, most don’t appear.

In fact, over 90% don’t make their court date. They aren’t tracked during the time until the day of their asylum hearing because, until their scheduled appearance, they are not considered in violation of the law.

It can be two years or more between illegal entry and the date of the asylum hearing, giving newcomers ample time to disappear into the interior of the country. This along with the increasing humanitarian crisis at the border prove the President right in declaring a National Emergency.

These facts have not escaped the attention of those whose interests lie with the illegal invasion. The word has been out south of the border, and people are taught to show up, with a child, surrender and even told the proper words to say to be able to claim asylum.

Moreover, the invitation to flood the border was practically given to Central America by the statements and policies of the Obama administration.

The Obama government and its media puppets celebrate the decline in border apprehension numbers from 2014 to 2015 as a sign of “success,” while they are silent on the Border Patrol policies that deliberately discourage Border Patrol officers from apprehending border jumpers. Those anti-enforcement policies are numerous, but some are downright unbelievable:  Would you believe the government’s Customs and Border Patrol official agency website has a section devoted to telling illegal border crossers how to avoid capture?
Would you believe that website also advises illegal aliens how to file a complaint against the Border Patrol or its sister agency, Immigrations and Customs Enforcement (ICE), if they were apprehended in violation of the published rules of engagement?

A long-term change to this legal and virtually open-border situation must happen soon.

However, there is one other action that must happen even sooner. It is imperative that the southern border be closed, as quickly as possible.

The Border Must Be Closed 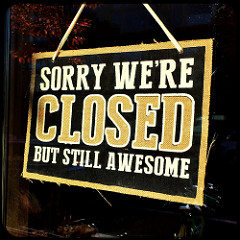 While changing the law is primary, the most urgent step that must be taken if America is to survive the crushing wave of illegal immigration currently underway is to close the border. That is the only way to create enough time for a real change in immigration law to be enacted and take effect.

The numbers of border apprehensions have greatly increased during the first two months of 2019, and the immediate prognosis is for even larger numbers of illegal aliens to inundate the border.

Each fiscal year runs from October to September of the following calendar year. America is on pace to more than double FY2018’s total in 2019.

In other words, should the pace continue at the current speed, border apprehensions will easily exceed 1 million, making it close to 2 million illegal aliens invading in the past two years alone! Thus, President Trump was correct in declaring the situation a National Emergency.

To his credit, the President seems to have also recognized the necessity of closing the border. He has threatened to do so on more than one occasion.

The latest warning about closing the border came via a tweet in December of 2018.

…..close the Southern Border. Bring our car industry back into the United States where it belongs. Go back to pre-NAFTA, before so many of our companies and jobs were so foolishly sent to Mexico. Either we build (finish) the Wall or we close the Border……

49.8K people are talking about this

Instead, it is more prudent to first close the border so that the wall can be finished. Both building the wall and changing the asylum laws should be done before the border is reopened.

The Window of Opportunity Is Closing Fast

Many people have been hoodwinked by the false narratives of the Left concerning illegal immigration. Perhaps the worst of these has been the ongoing claim that there are around 11 million illegal immigrants living in the United States.

Closer to reality is a September 2018 study conducted at Yale University on the subject.

Professors at Yale University have roiled the immigration debate with a new study calculating there are between 16 million and 30 million illegal immigrants in the U.S. — as much as three times more than most demographers figure. The professors’ model looked at estimates of how many people came illegally, and how many people likely left, and concluded there are a lot more people who arrived than the 11 million suggested by traditional estimates. The model says the most likely figure is double that, at about 22 million.

However, 22 million is actually a very conservative figure, in fact, too conservative. The upper limit of the numbers estimated, 30 million, is an undercount as well.

The Yale study got one thing correct. The 11 million official figure, still used by the U.S. Census Department, is a fiction. However, they were missing two key facts in their analysis, and there was no way to account for those facts.

First of all, we do not know how many people are in America illegally because of overstaying their visa. Those with visas are not tracked as they are already here legally until their visa expires.

Second, and most revealing of all is this bit of information. Neither Yale nor anyone else can know the total of those who were not apprehended.

However, that all stopped during the Obama administration. This policy change occurred in August of 2016.

Obama’s Border Patrol has officially abandoned the use of the “Gotaway” number in weekly and quarterly reports of apprehensions. For decades, the Border Patrol routinely compiled and reported the Gotaway number as a supplement to the number of actual apprehensions.

By applying the additional variables of those who leave and repeat offenders, a more accurate number has been estimated by retired Border Patrol chiefs at 40 to 50 million illegals in the United States today.

This is an astounding number, but it is far closer to reality than most want to admit. And it is getting larger by leaps and bounds every day.

It is no longer a question of stopping an invasion of illegal aliens because we have already been invaded by millions of them, many of whom are not loyal to America or respectful of her laws. The immediate question now is how to stop the number from getting simply too large to cope with, even in the currently ‘rich’ U.S.A.

The wisdom of the prudent is to discern his way, but the folly of fools is deceiving. Proverbs 14:8 [ESV]

Originally published in TIL Journal

One thought on “Intentional Immigration Ignorance, Part Two: A Wall Is Not Enough [Video]”