This past week has been a loud reminder of how adamant the Left is about forcing everyone to listen to their unreasonable and insane demands in just about any area. What took place at the 2019 United Nations Climate Summit in New York City was an attempt at emotional blackmail to force western nations to submit to the Leftist Climate Change horde using a mentally disabled young girl.

The Left is adept at this tactic of exploiting children as drones to justify radical and destructive responses to any of a number of their causes such as gun ‘control’ and illegal immigration. The bottom line of these efforts is a simple and blatant grab at political gain regardless of the truth of their narrative or the human damage which would result from doing anything they propose!

The latest example of Leftist using children for their ends starred 16-year-old Swedish social media sensation, Greta Thunberg. Her performance at the U.N. was highly emotional and generated much controversy, though it was also notable for the lack of facts, as is typical of all advocacy for the fairy tale of “man-made climate change.” 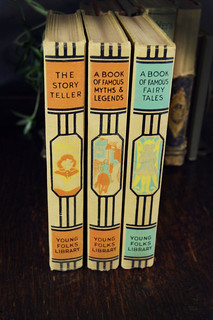 According to dictionary.com, the phrase “fairy tale” has two primary meanings.

1. a story, usually for children, about elves, hobgoblins, dragons, fairies, or other magical creatures.
2. an incredible or misleading statement, account, or belief

“Man-made climate change,” fits definition number two precisely. It is full of incredible and misleading statements of ‘evidence’ to provide a misleading account to prop up the incredible belief.

The incredible belief is that somehow man can effect and, in fact, has significantly effected the climate of the planet in a decidedly negative direction. Moreover, it is such a severe negative direction that the destruction of humanity and the worldwide ecosystem is imminent and therefore drastic action must be taken to stop and reverse humanity’s course of progress thus far in order to reverse the “climate crisis.”

All of that is simply false. All of the observable scientific evidence completely refutes this Leftist fairy tale, beginning with the very misleading statement that 97% of scientists agree about man-made climate change.

This journal has recorded previously the fallacies and evil intentions of the MMCC (man-made climate change) fable. However, since that time other evidence has come forth about the real cause of global climate change, courtesy of NASA via an excellent piece at Natural News.

It turns out that the actual driver of changes in the earth’s climate has nothing to do with any human activity. It has instead everything to do with the planet’s ever-changing distance from and axial position relative to the sun.

In the year 2000, NASA did publish information on its Earth Observatory website about the Milankovitch Climate Theory, revealing that the planet is, in fact, changing due to extraneous factors that have absolutely nothing to do with human activity.

Milankovich was a Serbian astrophysicist who proposed the theory that global climate change is due primarily to the influence of the sun on the earth as the orbit and axial tilt of the globe changes. NASA observed that variations in both the distance from the sun and the tilt of the planet’s axis are the cause for climate variations on earth over fifty years ago, confirming Milankovitch’s theory.

It was the year 1958, to be precise, when NASA first observed that changes in the solar orbit of the earth, along with alterations to the earth’s axial tilt, are both responsible for what climate scientists today have dubbed as “warming” (or “cooling,” depending on their agenda). In no way, shape, or form are humans warming or cooling the planet by driving SUVs or eating beef…

Of course, in 1958 there was no fairy tale “climate crisis” afoot, and NASA’s observations were likely thought of at the time as interesting evidence of scientific common sense. By the time the “global warming” myth, which morphed into “climate change,” took hold a quarter-century later, it was no longer politically correct to cheer for anything other than MMCC in much of the scientific community.

In spite of this, further confirmation of Milankovitch’s theory would come in 1976 and 1982.

…in 1976, a study published in the journal Science confirmed that Milankovitch’s theory is, in fact, accurate, and that it does correspond to various periods of climate change that have occurred throughout history.  In 1982, six years after this study was published, the National Research Council of the U.S. National Academy of Sciences adopted Milankovitch’s theory as truth, declaring that:

“… orbital variations remain the most thoroughly examined mechanism of climatic change on time scales of tens of thousands of years and are by far the clearest case of a direct effect of changing insolation on the lower atmosphere of Earth.”

Perhaps the pressure of others continuing to support and confirm that the sun is actually the overwhelming factor in the earth’s changing climate moved NASA to finally publish its findings in 2000, as was noted above. However, in the 19 years since this information has yet to become widely known, having been drowned out amid the frenetic hand-wringing and screeching of the Left’s “climate change” PC police.

The 2018 mid-term elections in America brought into Congress a crop of youngsters from the Left who whole-heartedly embrace the MMCC fairy tale. So much so that their most popular member, AOC slapped together and presented the “Green New Deal” proposal which would literally devastate America and take the rest of western civilization down with it.

Children Exploited as Intellectual Human Shields for the Left

The Leftist agenda is not piloted by people who are ignorant of the emotional effects of a child crying out for help, even if it reaches the level of shaming adults for not helping alleviate the child’s supposed ‘suffering.’ Consequently, they are not averse to grooming a child for this purpose ahead of time, as happened in the case of Greta Thunberg.

As was pointed out in the video, Thunberg was not simply another average 16-year-old girl. She was rife with anxiety and mental disability and had previously suffered an eating disorder.

For the advocates of MMCC, Greta Thunberg was not a fragile child but rather an intellectual human shield produced to forward a political agenda. Since Leftists cannot credibly dispute the facts against MMCC, they put forth a child sacrifice to silence the critics.

It doesn’t seem to matter to her parents and the other adults who have enabled her fame and ultimately this performance before the U.N. that Thunberg has a brittle psyche which could be further damaged by all of this. A hint of the damage already done to this girl was revealed in her presentation to the U.N.

She directed her speech to the adults at the U.N. and says at one point that they, “have stolen my dreams and my childhood,” because of their refusal to act against MMCC. I believe that her dreams and childhood have indeed been stolen but stolen by her parents and other Leftists around her.

Pediatrician Meg Meeker clarifies precisely what this means when she writes,

The 16-year-girl from Sweden went before the U.N. and reprimanded adults in the audience for their part in ruining her life — not because she had extensive knowledge of the subject, but because she was very good at parroting her parents’ and teachers’ beliefs. Adults essentially threw this girl under the bus in order to advance a political agenda. …As a pediatrician who has a seen hundreds of kids struggle with anxiety and depression at alarmingly high rates, young Greta’s address further fueled kids’ feelings that they should be anxious, too. After all, their futures have been destroyed — she told them that. Our job as adults is to quell our children’s fears — not to allow their anxiety to be worsened.

The Left was using Thunberg for one cause, political gain for a prized issue, regardless of the fiction MMCC truly is, or the harm Thunberg would suffer. Nor is this the only issue where such tactics are employed with regard to children.

There are numerous examples of children used as intellectual human shields concerning illegal immigration, gun control and “transgender rights.” The “transgender tights” movement, in particular, has taken this to extreme levels with parents promoting the idea that toddlers can decide whether they are male or female for themselves and then can take steps to engage in a dangerous “transition” process.

A prime example of this is taking place now in the U.K. where a mentally ill couple is engaged in helping their 5-year-old son ‘transition’ to become a girl. This couple consists of a 21-year-old heterosexual woman and her companion, a 27-year-old woman named “Greg” who has ‘transitioned’ to the appearance of a man.

“Greg claims their five-year-old son is ‘adamant she is a girl,’ citing the boy’s affinity for dressing up as a princess from the popular Disney film “Frozen.” ‘They say it’s cruel we let her wear a dress but is it not more cruel to do nothing when you’ve got a kid who’s so adamant she’s a girl she’s ripping her hair off and banging her head off the walls?’ said Greg.”

What seems obvious is that this child of only five years has imagined he wants to become a girl and the ‘parents’ have never discouraged this, in fact, they have only encouraged and strengthened his nascent resolve.

Much like MMCC, the “transgender rights” movement is embracing a fairy tale. Moreover, as with MMCC, this Leftist cause is shown to be a fairy tale by scientific evidence, i.e. the basic genetics of human beings.

However, in keeping with the methodology of the Left, neither these causes or any other they attempt to advance is focused on solving the problems they have manufactured. They are instead laser-focused on giving more power to the government and turning these ‘problems’ over to them.

The dangers of this are apparent to conservatives, which is why there is staunch opposition to giving such power to the government. We know that fundamentally, as government authority increases, individual liberty decreases, and that must be vigorously opposed or more children and our civilization itself will suffer irreparable damage.

Let no one deceive you with empty words, for because of these things the wrath of God comes upon the sons of disobedience Ephesians 5:6 [ESV]

Originally published at TIL Journal