Almighty God and father,
All over the world,
Many of your children are suffering;
And are helpless;
They do not have the means
Or the knowhow to help themselves,
Dear God, do something for them;
The people of Australia;
The people of other disaster zones;
Those in war torn zones;
Who are either fighting
And killing themselves,
Or dying of other causes,
Many are on the run;
People are perishing
From hunger,
Sickness
And lack of medical care;
Almighty God,
Everything is under your control;
You have the means
To solve all the problems
Of the world;
You can stop suffering;
Hunger,
Sickness;
Malnutrition;
You can stop wars,
And the killings going on;
You can make peace
And happiness prevail
In the world,
Please, God, do it for us.
Amen!

I have thought of you

I have thought of you

I have been thinking of you;

I keep thinking of you;

Why my mind cannot

A fire is burning

I have a thirst for you

It can burn my heart;

Is gnawing my heart;

I want you to know

What is going on in me

The love in my heart

For you is not shaking;

It is going nowhere;

It is there forever.

This is your forever love

Photo by Fancycrave.com on Pexels.com

Pray for all those who are in pain today;
That God may relieve their suffering;
Many are those who are suffering;
From one plight or another;
Some are hungry;
No food to eat;
Some are sick;
No cure for their illness;
Some lack the money for medical attention
Or to buy their medication;
Some are tortured in their own families;
In their own country;
They need your prayers;
Some are unjustly punished;
Punished for crimes others have committed;
Some are displaced;
Some have no roof over their heads;
Pray for all these people;
That the Lord may have mercy on them.
And relieve their suffering;
Will you have time to pray for them?

As the money left my hand it instantly made me feel better about the day. A little, old Indian man was feeding fresh fish to a group of alley cats and crows, I couldn’t resist making a contribution.

Maybe the fish wasn’t so fresh and maybe some of the cats scared me a bit… but at that moment it felt like I had never been touched by anything so deeply. I even found myself saying, “May God bless you” to the man.

He was unaffected by how dirty or sickly some of them looked. They were important to him, even in all this.

I had taken a break from “trying” to cross the street in Mumbai without getting killed, and being aggressively harassed to purchase scarves while running errands.

This man’s simple act of generosity amongst all the chaos marked me. A break from the ever-present hand of cruelty. Hungry people, hungry animals, and a government and upper class that doesn’t seem to care.

The ones we’ve forgotten about. Scavenging children and animals surviving only on what is being given up, or thrown away. Stealing food from another mouth in an attempt to survive. No rules, no fear. Nothing.

What scene would render you speechless?  There’s a naked man asleep on the sidewalk. Unable to process what you just saw? From the balcony of their high rise luxury homes they can see those that lie on the sidewalk in rows and rows… and rows…

Don’t you love it when the world restores your faith in humanity just when you need it the most?

A man from Rajasthan asked me if I could write a letter for him in English.

It was to, Celia the woman he was madly in love with. He wanted to express in a language he couldn’t write,

“How he didn’t want to live without her, even for one minute.”

He signed it with one thousand kisses, and toothlessly kissed my cheek in thanks.

Memory. These lessons I struggle not to forget.

We live in a world which has enough resources for everyone to live happily. There is enough for everybody. Yet, there are billions who are dying of hunger and disease, unable to clothe themselves, or to have a roof over their heads. What a poor and shameful management of the world’s wealth!

A few people swim in wealth, and shine and sparkle; and what is worse, waste so much which can get suffering humanity out of suffering.

The world needs to be remade. The rules need to be reset to make it possible for everybody to enjoy this world. The creator’s plan for the world is for all to enjoy.

Who says the world cannot be remade? Who says the rules cannot be reset? I can bet this is where we will end. The rules have to be reset to save the world. The common, suffering, people will not take it for ever.”

Good morning from Mirapuri, the City of Peace and Futureman in Europe with Michel Montecrossa’s Song ‘Politos & Bankas Don’t Give The Answer’ – watch the music video for this song & read the complete song lyrics in this blog post here – have a great day!

Michel Montecrossa says about ‘Politos & Bankas Don’t Give The Answer (Europe, America, Asia, Africa, Australia: World Union is the answer!)’:
“The fake crises staged by politos & bankas have only one aim: to create cheap and mindless slaves for the rich. Politos & bankas are not on the side of the people. They only want to misuse and manipulate us. They don’t want to do anything for us. They want to establish a global two-class rich-poor society and not human unity.
They want dictated poverty, enforced jobless rates and control over land and water to keep us down to the ground without freedom of mind, movement and expression. The people are the work force and the people don’t have a financial crisis. It’s all hypnotism and a bluff for scaring us into submission. The people must use their work force for themselves, for their freedom, for unhindered expression and bring to an end misuse of politics and economy. They must bring to the parliaments the movements of the people for correcting the mistakes of outdated party systems. They must establish laws leading to the creation of the United States of Planet earth for bringing peace, jobs, equal wages, free health care and education to everyone on earth on the way to a better future. World Union is the answer.”

Politos & Bankas Don’t Give The Answer

Politos and bankas don’t give the answer.
There’s a hard and hungry way everywhere.
No India-Agni-Rocket can give you safety.
Five millions in the Sahel-Zone are about to die.

The rich and the ugly get harder and will not cry.
Honour is with the poor and their souls like diamonds
in the midst of land and water grabbing
for export of food not given to the hungry.
..

Continue to read the song lyrics & watch the music video for this song in this blog post http://wp.me/paKe4-4qa 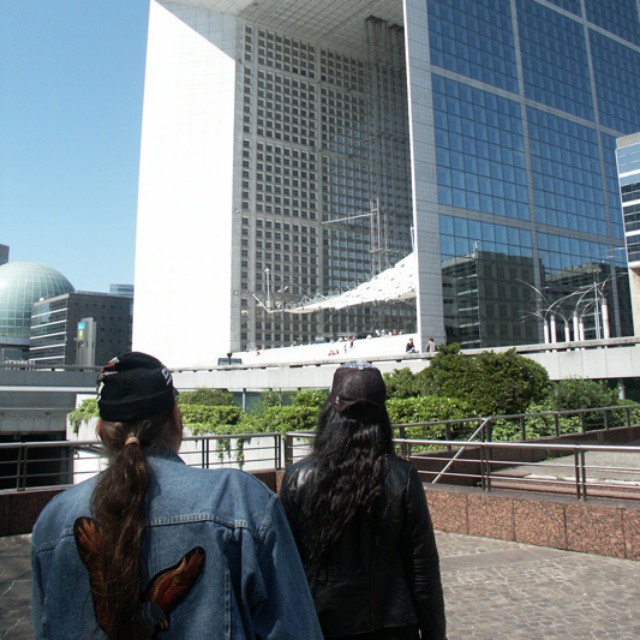 Talking Poverty Girl, Banka Moral
and God-Particle-Higgs-Boson
is my New Topical Song
for a poor girl.

The girl is staring scared into the world,
into the distance of moanful hues on no-mercy walls.
Banka moral is at an all-time low.
The God particle, it seems, is all that we know.

96 percent of all, they say, remains the unknown
like the poor girl and the hunger that eats her soul.
There’s coalition building for World- and Middle East War
and I’m the world’s leader in New Topical Songs.

Time does its magic in healing wounds.
How much time is needed to heal poverty wounds?
The girl is staring scared into the world’s wealth,
into the distance of the rich and their living hell.

The hues on the wall cry out: “Intelligence!”
The light of soul and mind of that girl will never bend.
The true humanity is living with her in the slums,
eats the garbage of the rich, knows what they don’t want.

They don’t want to help, don’t want to share with all.
They want power and not mercy or unity and love.
What can I say about the media-banka-polito industry?
“Time does its magic through revealing irony!”

The poor girl is staring scared into bloody world,
into the distance of compassion testing all her nerves.
Banka moral is at an all-time low.
The Higgs Boson, it seems, is all that we know.

Talking Poverty Girl, Banka Moral
and God-Particle-Higgs-Boson
is my New Topical Song
for a poor girl.

working at a food food place

to keep me busy

and  be around people

that people come at

if there is food that will be

so they can take it and eat

I was told to

I know I will buy it

to waste when so many

it made me sad not

to just give it to them

I really felt it was

why not give it to

someone who is hungry

that swallows their pride

and asks for food

however there is always

when rules make no sense

when people are hurting

there goes my paychecks!!

What use is living;
If misery is all we know?
In the midst of plenty,
We cannot afford to perish in hunger;
Suffering is not the wage,
Life is meant to pay
When our best we’ve put in;
Life is meant to be enjoyed;
and not for living in misery;
Although we must struggle;
Our struggles, with success,
Should be crowned;
If suffering is the only
Thing we know,
Something is wrong somewhere;
And life is not worth the price.